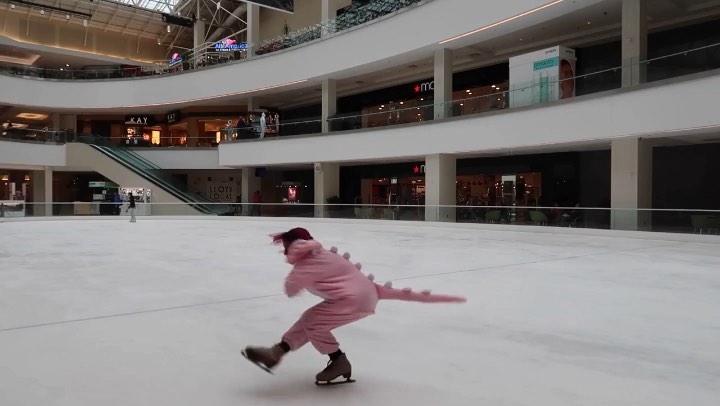 Today I tested if this dinosaur could survive the ice age for #frozencouturefriday - verdict - the tail really helps sit spins, definitely gets in the way on axels. . . . #figureskating #dinosauronice #iceskating #patinageartistique #patinage #costume
permalink
October 16, 2019 - Day 779 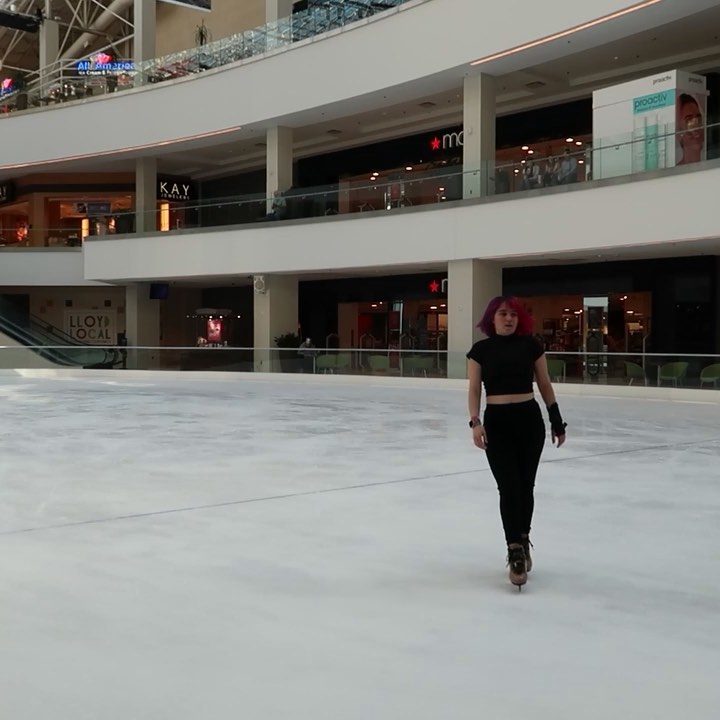 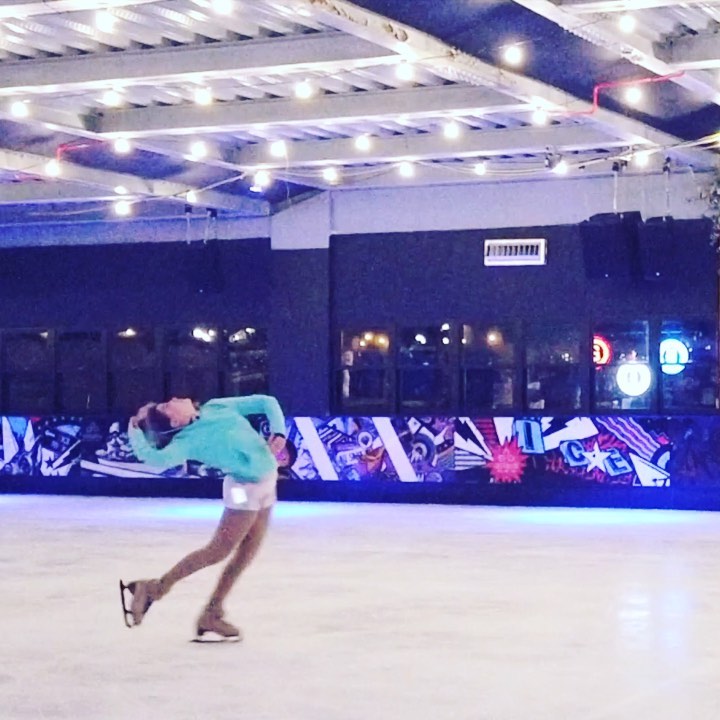 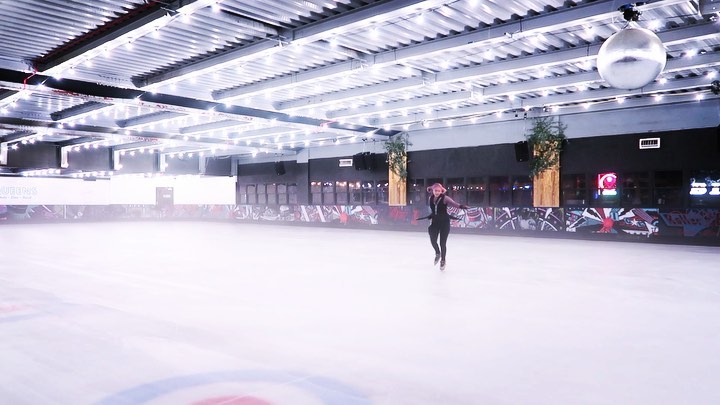 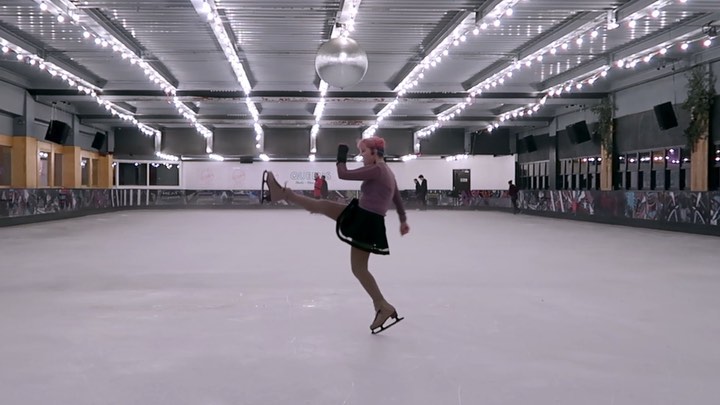 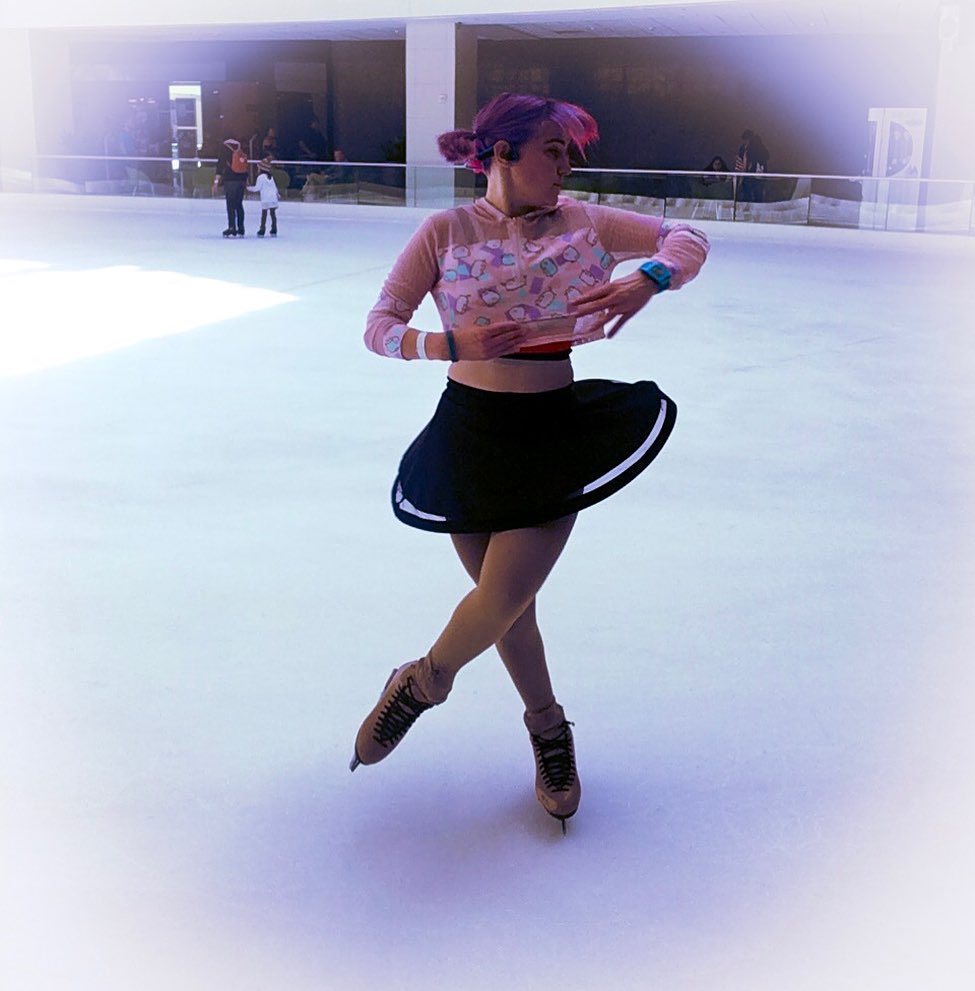 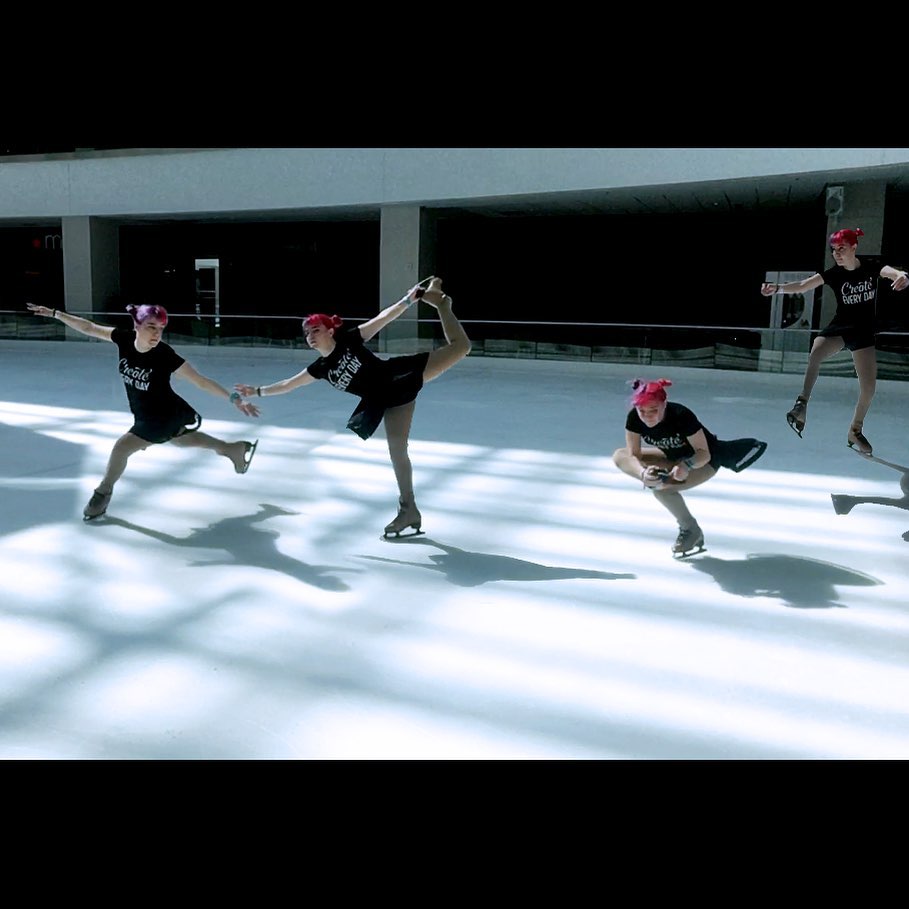 Finally back at the rink after a week off. Even though I took 15 years off, somehow a week seems more significant right now. I’m making real progress on my spins and moves in the field, though I’m still avoiding working on my double jumps at all, afraid my 30-something knees won’t be up to it like they use to be. Have most of a program choreographed, too. . . . #lloydcentericerink #figureskating #adultskater #adultfigureskater #contrast #lighting #skating #skaterselfie #movesinthefield #skating #iceskating #figureskater #iceskater #lloydcenter #twotonehair #pinkpurplehair #pinkhairdontcare #purplehairdontcare #pinkhair #purplehair #clones #the100dayproject #100daysofcreativitme #100days #365project #selfie #selfportrait
permalink
April 18, 2019 - Day 598

I left the sport of figure skating 14 years ago. I was never a world class skater, but I was certainly better than your average bear. For someone who got picked last in every single gym class, it was an athletic activity that I was actually naturally talented at. I trained 25 hours a week in high school. I did moves called death drops, death spirals, and flying camels. . I even tested to the highest level in one discipline (the ‘black belt” of figure skating footwork- senior moves in the field). I competed. I split open my chin several times. I won medals. I got tendonitis in my knees and screwed up my shoulders. I even trained at the same summer ice training camp as Michelle Kwan and Sasha Cohen (and still have the t-shirt to prove it.) . . But the sport is expensive, sexist, and homophobic. It’s also not really meant for people over the age of 20 or so. So I left and did other things. But every year or so, I have an existential crisis related to returning to the sport. I always talked myself out of it - “it’s too expensive, you’re too old, you won’t be able to do it anymore, you’re 20 pounds heavier than you were back then.” . But 10 days ago, I made a different choice. The voice in my head that wanted to land a double lutz again was stronger than the voice in my head that told me I wasn’t bendy or young enough anymore. Maybe it was watching too much of @jvn learn from scratch. . So I’m sticking a toe in the water. Or should I stay, a toepick on the ice. . We’ll see how it goes. . . . #lloydcentericerink #figureskating #adultskater #adultfigureskater #contrast #lighting #skating #skaterselfie #movesinthefield #pivot #camelspin #skating #iceskating #figureskater #iceskater #lloydcenter #the100dayproject #100daysofcreativitme #100dayproject #100days #365project #selfie #selfportrait
permalink